Did the inspiration of Water Ghosts come from your ethnic background? Or was that just a portion of it?
--I was interested in exploring Chinese American history, but my interest in exploring local history was more of an inspiration for Water Ghosts. I grew up in Sacramento, but I knew very little about its history, or the role the Chinese played. The wonderful thing about fiction writing is that it's an opportunity to research topics I'm curious about and then apply what I've discovered.

Water Ghosts is your debut novel? Do you plan on writing any further novels?
--Water Ghosts is my first novel. I have about 4 other novels floating around in my head, two others in drawers (ok,well, laptop files) and one on paper, halfway through. So the answer is yes!

With its US success, how has the novel faired overseas?
--Water Ghosts has been published in New Zealand/Australia by Pier 9, and in Israel by Modan. The reception has been kind, but I am curious about the connection readers may feel to a story set so far away in time and place.

Originally Water Ghosts was published as Locke 1928. What is the significance of the novel's name change?
--Locke 1928 referred to the name of the town where the story is set--Locke. But outside of Northern California, Locke is not that well known. The new title--which came when Penguin picked it up from the original small press--reflects a different aspect of the book--the more supernatural elements--the water ghosts.

The way you wrote Water Ghosts is different than any book I have ever read. Why did you choose to write the character conversations without using the usual quotation marks? Was this a form of creativity? Or something else?
--The style of the book is very moody--a lot of the scene transitions follow an emotional logic. I thought this would help the reader feel more intimate with the characters. To go along with that, I didn't use quotation marks in dialogue because it gives a quieter feel to the words, like the characters are whispering in your ear. At least I hope! But rest assured, my next book definitely uses quotation marks! 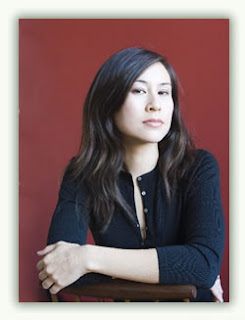 The brief glimpses into homosexuality with both male and female characters; was this from the Asian culture point-of-view, author view, or a personal one?
--That's an interesting question. I was reacting in part to what I felt was the pigeon-holing of non-white ethnic writers, which I read as being: "If you are a person of color, you must write about color!" I wanted to show the complexity of my characters beyond race and culture, so I also touched on sexuality. I also think you can't write about the immigration laws, which were so sex-focused, and the old Chinese bachelor communities without writing about sex.

What was the importance for you on the tales you included into this story?
--Fairy tales from any culture are so fascinating in that they really offer a window into cultural values. So I included some of the Chinese ghost stories--but I also included them to underline the ghost story I was trying to tell, and just because I found them fun.

In clarification the "ghosts" in the story, were they of a mental of physical presence.
--Ooh! I'll have to leave that up to the reader to decide! ;)