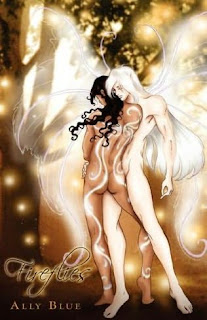 A Sidhe warrior in exile. A young man with powers he’s only beginning to understand. In their hands, the fate of two worlds.

A childhood encounter with one of the Sidhe sets Joseph Vines’ life on a fateful course. Unable to forget the beautiful creature who promised to one day return for him, Joey spends the next twenty years learning, dreaming and waiting.


Braeden Shay, a warrior of the Sidhe, has spent those same twenty years watching Joey from a distance, waiting for Joey’s heritage to make itself known. When the time is ripe, Braeden steps in to protect Joey from those trying to kill him, and to help him deal with the changes turning his life inside out.


During the days that follow, as Braeden teaches Joey to harness and control his newfound power over the natural world, Joey finds himself falling for the gentle, patient Braeden. Braeden, who has watched over Joey for most of his life, is already deeply in love with him. When the forces targeting Joey for death catch up with them, it will take all their magic—and the power of their love for each other—to survive, and to save both their worlds.

Once again I must thank Ally for graciously sending me a copy of Fireflies. This was one of her works that just called my name. I knew I had to read it, and I knew I would love it.

Where shall I begin? This was truly a wonderful blend of reality and fantasy. Aside from the faery aspect, the story is believable. A couple destined to be together even tho they had not a slightest clue. The fact that Joseph's father issues. A mother's intuition, which cut deep into my heart- especially towards the end. Another great thing was the location of the story- Asheville, North Carolina. Ally has set the novel here and describes various locations that I have seen. Although I may have only seen them briefly in my time here, it was a cool feeling to know an author has set her story in a place you actually live in. It gives it an almost surreal feeling. However most importantly to me, was the fact of the characters being a gay couple. Ally loves to break stereotypes and I can tell by her use of an interracial couple. So what if it's an interracial-"mythical" couple. I believe in non-discrimination, even in fiction, and she has made this happen.

Anne Cain has done the illustration for the cover of Ally's book, and I have to say it's just beautiful.  The way that Ally has described Joey's tattoo is just dead on to the cover that shows Joey's back tattoo. I want it myself! It goes into even more depth with how in one section Ally is describing a scene. You can read that section and look at the cover pose of Joey & Braeden, and you just know it is straight off the page. I sincerely hope Ally at some point takes Joey's story and expands it into a second book. Tir-Na-Nog is a magical place and who wouldn't want to know what happens in Faery land?

There are a few quotes that I read and just had to save for my review. This first one I believe rings so true and could even be used as an empowerment statement, as well as the mantra it is used for in the story. "It's okay to be afraid. Do not try to deny it, but do not let it rule you. Acknowledge it, allow yourself to feel it, and let it go. Only then will you be able to do what must be done." I loved that saying and feel I can use it in my own personal life, as well as anyone else who may be afraid of something or someone.

The other two stood out as well to the same extent as the one above, but in different contexts. "The future is not predestined, though those who attempt to change its course often bring about their own downfall."  "Because you are indeed a virgin in matters of the heart. Because for all the men you've bedded, you've loved none until now." Ally's beautiful ability to turn words into things that are a magical wonder is just wonderful in all that it is. This is a must read and I encourage my friends and readers to look out for this book because you too will fall in love with Joseph's journey and self-discovery.
xoxo
Steven
Posted by Steven's Cybrary at 11:38 AM