Gonville: A Memoir by Peter Birkenhead 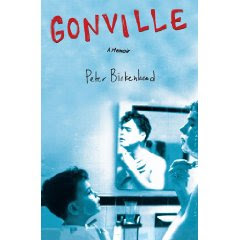 A fraught and funny father-son memoir tells the terrible tale of growing up in the late 1960s and ’70s with a gun-packing Brooklyn leftie of violent temperament. Birkenhead, an actor and journalist, was the eldest of four kids born to a Brooklyn College economics professor and his pianist-composer wife. Birkenhead’s dad was a vociferous, Jewish political hothead who kept a collection of Martini-Henry guns and was prone to sudden fits of rage that were usually turned on his family in the form of punching and verbal abuse. While his mother and two younger brothers received the brunt of it, the author learned early on to deflect the anger by “conflict-defusing, Dad-distracting skills.” Acting in small parts in his father’s summer stock theater in Hyannis, Mass. (the book is named for the father’s favorite character, Gonville Bromhead, from the film Zulu, about a British lieutenant fighting in South Africa), allowed the author a happy release. Birkenhead’s memoir is intensely detailed, thus the feelings magnified, and full of the blistering ambivalence of a loving son who wondered whether it would have been easier to have a dad who was “all bad instead of almost good.” (Mar.)

I recently won this book called "Gonville: A Memoir" by Peter Birkenhead from www.goodreads.com

Biographies are typically not my type of reading material- which would explain half of why I struggled to read this so slowly. The other half, the half I just realized, would be how it brings me back to my childhood.

This book tells the story of Peter's own personal childhood/adolescense (sp?), and adulthood. It kept eating away at my mind how would I write a review on someone's personal life? I can't say "wow he's so wrong." Or "this was a horrible book." This is a man's true story, a personal tale he so bravely and willingly shared with readers- such as myself. So who am I to judge that?

It wasn't until the last chapter did I realize how I would go about my review. This book gave me an introspection I didn't expect or even see coming my way. For those of you who haven't heard my rant, I have been adopted by amazing parents. They are my Mom & Dad. However I have been living with my birth Mother and her husband for the past year. I've been struggling with my own demons and thoughts on my biological family since I first reconnected with them in 2005.

For years I blamed my birth mother for the things happening/happened to me in my life as well as my siblings. Only via Peter's book did I realize it wasn't my birth mother I should be putting the blame on. My sperm donor, or biological father if you will, is the one to blame. In a family, in MY family I was raised that the Father is the provider, the one who is to support the family, help in times of tragedy and need. He was never there for us, not even once. Honestly I can't even recall much about him. Aside from the physical and mental abuse he so willingly gave to my siblings, myself, and my birth mother.

As Peter confronts the tragedy that is his own father, I too one day would like to confront my sperm donor. I feel that getting to know my biological family again has taken a great deal of stress off my shoulders and mind; that I don't think my familial issues will never be solved until I can confront him and say what needs to be said to him after so many years. Peter's "Papa" put it ever so poetically in "Gonville," "The best way to not become a monster when you face a monster is not to believe in monsters."

In my case, my sperm donor is THAT monster. He is something for years I have been struggling to prove I am not. One day soon I would like to confront that evil to its face and show that in all that evil I am the good that has come out of it. That although it has cause me & my family such heartache and pain over the past 20 some years, that we can and we will prosper through the evil and wretchedness. I am not that evil and I refuse to ever be that evil. I will be happy. My brother & sisters will be happy. We are determined.
Posted by Steven's Cybrary at 6:24 PM